Muddy love is Rocketman-fuelled for Karen and Alan 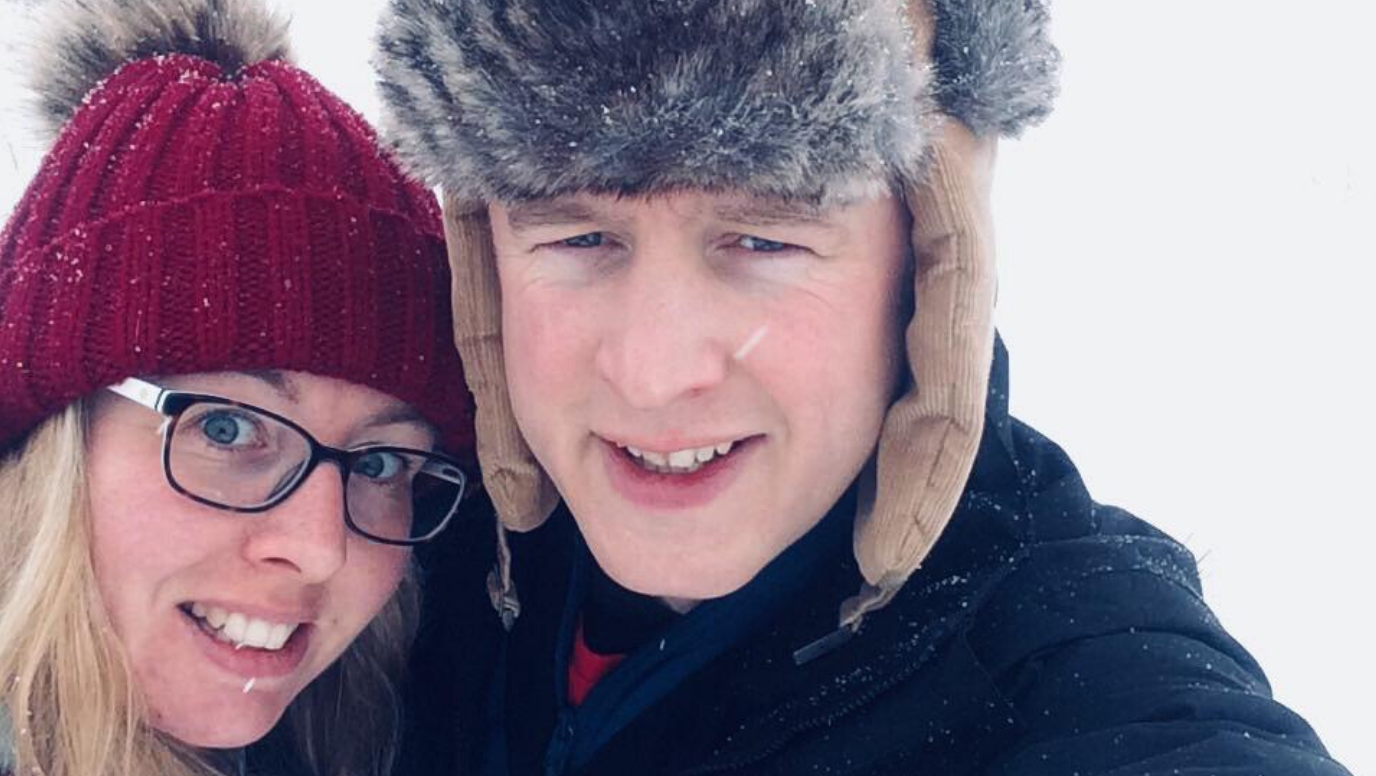 How an Elton John tribute act set the tone for Karen and Alan’s blossoming rural relationship.

She was the horse grooming single mum of two from a small pit village near Doncaster. He, the precision engineer who’s not adverse to driving a tractor thanks to his remote hill farming family roots in the North Yorkshire Moors.

Together, after meeting on Muddy Matches in the Christmas of 2016, the duo now make sweet music together in the small market town of Kirkbymoorside and are planning for a smash hit future.

And it’s thanks, in part, to Elton John (well, kind of) – but mostly country life online dating website, Muddy Matches.

“I’d been persuaded to join Muddy Matches by a friend and I’d been on for two weeks when I first favourited Alan,” Karen tells us, whilst practising excellent social distancing.

“Alan had literally just joined but he was quick to send me a message and we bonded straight away over our mutual dislike of olives. We hate them so much they sparked our very first conversation and there it all began…. over olives!”.

Whilst the immediate connection was a first for Alan, for Karen, now a driving instructor, this wasn’t her first foray with Muddy Matches having had some ‘fun but unsuccessful’ test drive dates with other folk prior.

Now the proud ‘mum’ to Koala (her horse) considers them good practise for when the pair decided to meet for the first time two days before Christmas.

“I caught the train from Doncaster to York where I met Alan on the station platform. I was so nervous but very excited at the same time. We’d messaged and chatted a lot on the phone before and I had a good feeling as soon as I clapped eyes on him that we were going to get on just fine” Karen recalls with schoolgirl giddiness, even now; 3 and a half years on.

“Our first date was in a lovely country pub and there was an Elton John tribute on. It sounds cheesy but it was actually quite nice; we shared some lovely food and chatted all evening, thankfully we weren’t sat closer to the piano!.

“We were both quite sad when I had to catch the last train back to Doncaster.”

That first meeting had certainly proved a smash hit and as the Elton impersonator sang out ‘Are you ready for love?’, Karen had already decided the answer was a resounding yes. So she was obviously delighted when Alan instigated a Boxing Day jaunt into the countryside for a second date.

“The view was to die for” Karen says. “it was out of this world, moorland as far as the eye could see and it offered a lovely view of his family farm where his mum still lives.”
The adventures have continued since with the pair completing their motorbike licenses together and upping sticks from each side of Yorkshire to set up home together.

And as for the future?
With the pair are now getting used to 23/4 together as a family unit having changed their stars to ensure they could be with each other during the lockdown (read more here), there has been talk of engagement and even a wedding – but not yet.

“Alan bought me some opal from Australia for Christmas and he’s promised he’s going to use it to make me an engagement ring” said Karen with a hopeful glint in her eye. “He’s handy like that. A few Christmas’s back he made me a beautiful love heart necklace from a heart shaped pebble he found whilst out walking on the beach at Sandsend. He presented me it in a handmade box a few Christmas’s ago.”

And like every well grounded couple, wedding chat isn’t too far from their mind.

“We like the idea of an outdoor wedding. I’ve loved horses since I was four years old and saved my pocket money for riding lessons and Alan still helps out with the harvest every year on the farm his Dad and brother still run. So we think something rural and outdoors would be fitting.

“Something nice and simple; a no frills, no fuss kind of wedding with bales of straw to sit on, a hog roast to feed everyone and a local band to play the evening entertainment.”