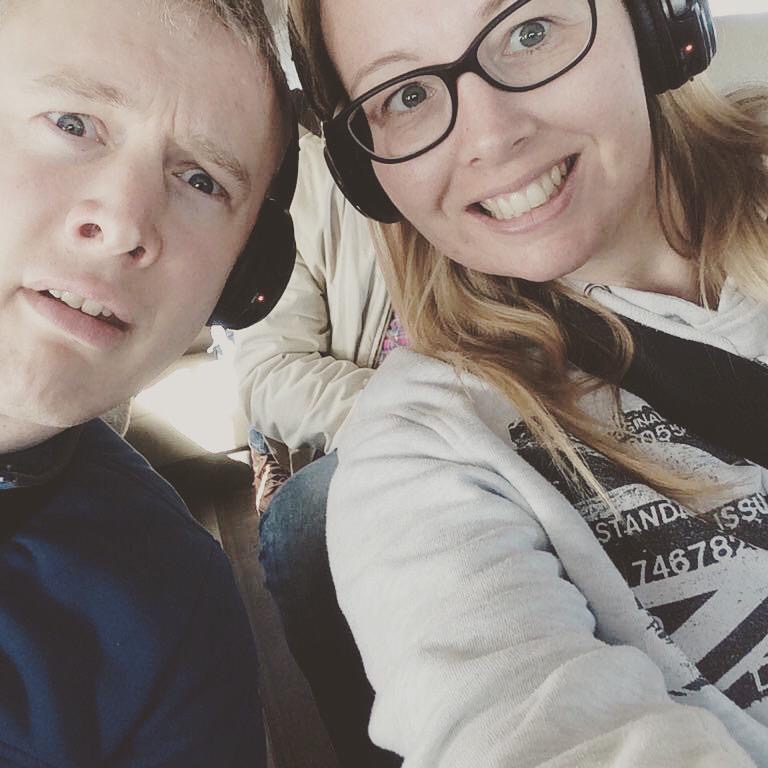 ”We moved in together just hours before the lockdown was announced”

For some folk, the prospect of being cooped up with only your immediate loved ones for company during the lockdown is testing enough.

Add in all those little complexities, nuances, annoying habits and change of daily routines that come from ‘living together’ for the very first time and it’s an altogether intriguing scenario.

That’s what Muddy Matches couple Karen and Alan are in the midst of, having upped sticks to move in together for the first time just hours before the lockdown was announced.

But for the “usually inseparable” pair, lockdown has brought a welcome chance to pull forward their plans and put an end to three and half years of travelling the 65 miles every weekend to be with each other.

Now four weeks into 24/7 co-inhabiting, they are loving every minute of it.

After first meeting on Muddy Matches in December 2016, Karen and Alan had been intending to make home together this coming May – but the thought of not seeing each other during lockdown was just too much.

“We’ve officially lived together for just four weeks and it’s all been under lockdown” Karen, a horse loving driving instructor, tells us. “We’re inseparable and we would have been so miserable not being able to see each other.”

Inseparable, is indeed the perfect word to describe the duo whose country credentials include her background as a horse groom, previously working in the equestrian supplies industry, and his family roots, growing up on a remote hill farm on the North Yorkshire moors.

“Ever since we met on Muddy Matches, we have been travelling to see each other every weekend – and I mean every weekend” Karen tells us, recalling the round trip – and sacrifices – they have made to make it happen during those 173 weekends.

Karen, you see, is a horse loving single mum of teenage daughters and it was their education that played on her mind when it came to uprooting the trio from their family home in Doncaster so she could be with Alan full time.

“We decided it was best for my daughter (who is close to GCSE age) to finish her education in Doncaster before upping sticks” Karen adds. “So, we’d set ourselves a date this May to make the move.”

Her sensible approach to parentings over matters of the heart are to be applauded – but then coronavirus struck!

“With a potential lockdown looming and the schools closing early, we had to do something” Karen tells us. “Self isolating and social distancing in two separate counties just wasn’t going to be an option.”

That’s why the pair took the big decision to bring forward their moving plans by two months. Thankfully they did, moving in together just hours before Boris Johnson later confirmed households were, under instruction, to batten down the hatches.

Timing, as they say, is everything.

For the active pair who enjoy mountain biking, motor biking and walking to explore the gorgeous Yorkshire countryside on their doorstep, adjusting to a new life under one roof in their joint home in Kirkbymoorside may have come with extra strains and struggle with the restrictions imposed – not a chance!

“Lock down hasn’t been at all bad’” Karen says, whisky in hand, sat in her garden whilst talking from a socially safe distance to Muddy Matches. “The weather’s been glorious and, of course, we have the novelty of living together properly for the first time as a family unit to keep us busy.

“But I think Alan’s still adjusting to living with 3 other females.”

And as for the first thing the muddy pair want to do together when the lockdown measures are lifted?

“We’ll book ourselves into the Wensleydale Heifer in West Witton; a gorgeous boutique hotel in the Yorkshire Dales. We were supposed to be going with the girls on Easter Monday but due to the current situation it was postponed” Karen adds with excitement.

“It’s special to us as Alan took me there for our first anniversary of meeting on Muddy Matches and we’ve been back upwards of 10 times since.