How Will’s wild walk with Hannah led to a wife 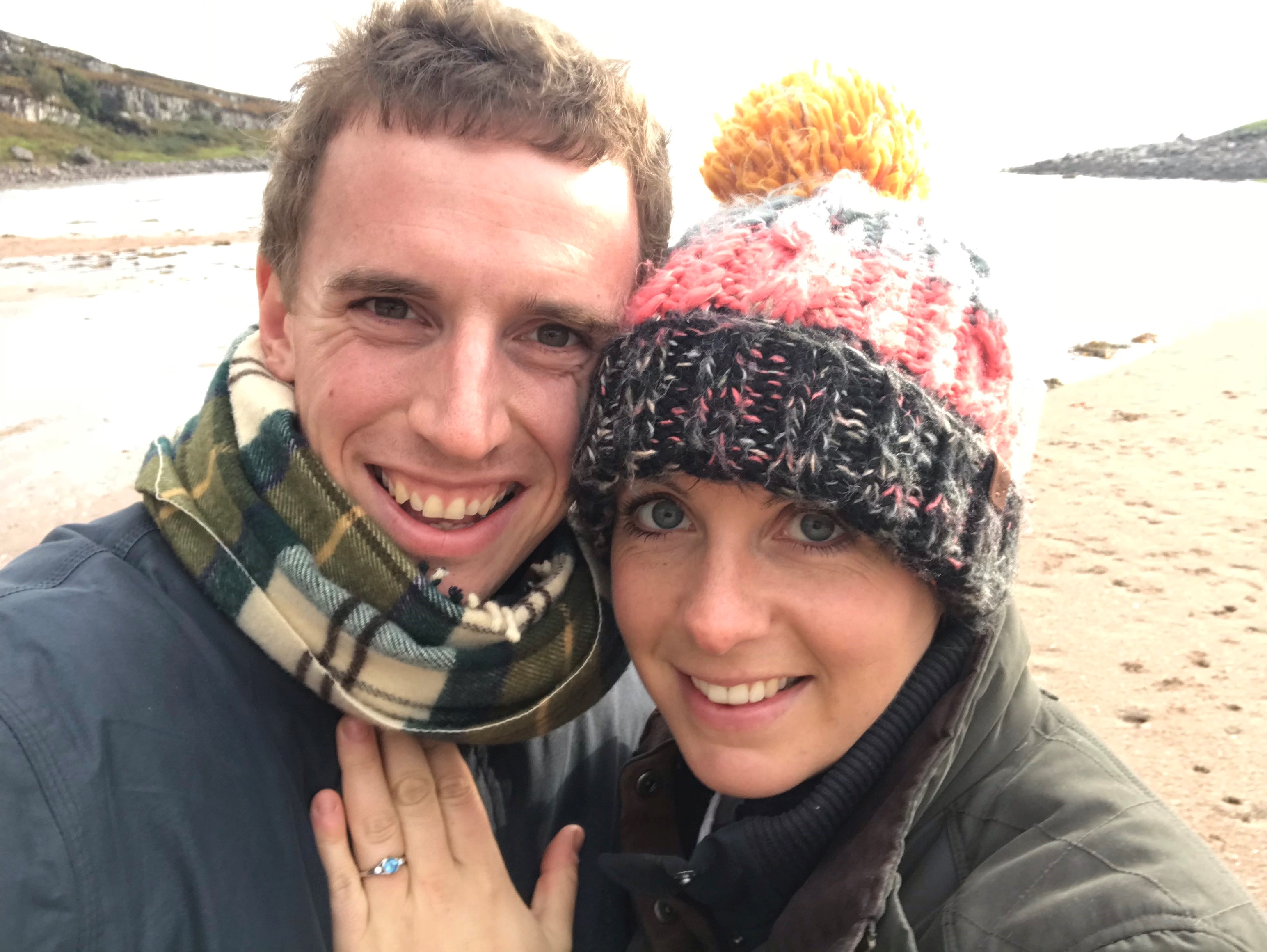 A love story of bothy hopping, torrential rain and a hike in the Highlands that Hannah will never forget

Will’s wild walks. You’d be forgiven for thinking it was the title of a celebrity survival expedition challenge on Quest TV or even a late 80s candid family action comedy (Think Uncle Buck but with a muddy twist.)

But no, this plot stars two Muddy Matches singletons – Will, obviously, and (then) equine vet Hannah – 7 years of long walks, a vintage wedding attended by dogs and a horse all set in a 400-year-old cottage that ‘proved a labour love’.

“Will’s wild walks are famous as they are always longer and steeper than he advertises” Hannah tells us whilst locked down in muddy isolation in Gloucestershire with her three dogs, and close to her pigs, horses and chickens.

“But I’m very glad I endured this particular one” she adds, showing off the rock that adorns her finger. “Will proposed to me on one of his ‘wild walks’.”

Ah, an engagement; out in the remote countryside; it’s the thing muddy ever afters are made of.

Hannah met then organic food king Will on Muddy Matches back in 2012. He an ‘honest man of simple things’ (according to his now wife), she the reluctant of the two – who s convinced by a friend to give Muddy Matches a go by a friend.

It was a wise move even if it was against Hannah’s better judgement initially. “Back in 2012 I feel internet dating was far less accepted than it is now” Hannah tells us. “But agricultural/country jobs can often be in remote and isolated areas.”

“I was working as an Equine Vet Nurse at the time with long hours. I wouldn’t see anybody except my boss and countless sick horses for 6 days a week, including nights on call.

“It was suggested by a friend that I give Muddy Matches a go. It felt odd, like something you would only do as a last resort but in reality, it was far from it.

“With Muddy Matches’ help I’d met the man of dreams within four weeks of signing up.”

Through a shared love of the great outdoors, some fantastic meals out to indulge their ‘foodie’ tendencies, some long walks and plenty of give and take around work commitments, their relationship was to bloom for six years

“Will was very tolerant of my schedule and it was amazing to finish a long day and be spoilt by his home cooking.’ There’s genuine contentment there as Hannah talks. And then, then one fateful ‘wild walk’ changed everything.

“He popped the question in torrential rain in a both in the Highlands – even our seriously waterproof gear was challenged by the rain we experienced. We like to spend a lot of time outdoors and it’s never stopped us before and it didn’t on this occasion either, so we did a bit of bothy hopping” Hannah recalls.

One year later they married locally in a November wedding with a vintage theme – and, even by our standards, it was a muddy occasion.

“We married at the church next to our house. After a bit of panic about finding a dress, I did manage to find something vintage which I felt suited me and teamed well with my boots for a November wedding.

“Our three terriers were ring bearers and managed to behave for a whole 8 minutes.

“Even my mare was in attendance having carried me around a team chase the weekend before, against the advice of everybody, except Will. He and my bridesmaids were the only ones encouraging this sort of behaviour.

“The reception venue (Kingscote Barn) was on the other side of the woods which back onto our house. They sourced all the local food for the day. and there was plenty of it. As well as homemade slow gin as well as Welsh cakes from my side of the family.

“It was an amazing day with all of our family, both two and four legged.”

“And to think, without going onto Muddy Matches, I’m sure my husband and I would never have crossed paths otherwise.”

We are just doing our job, Hannah… no matter how muddy!