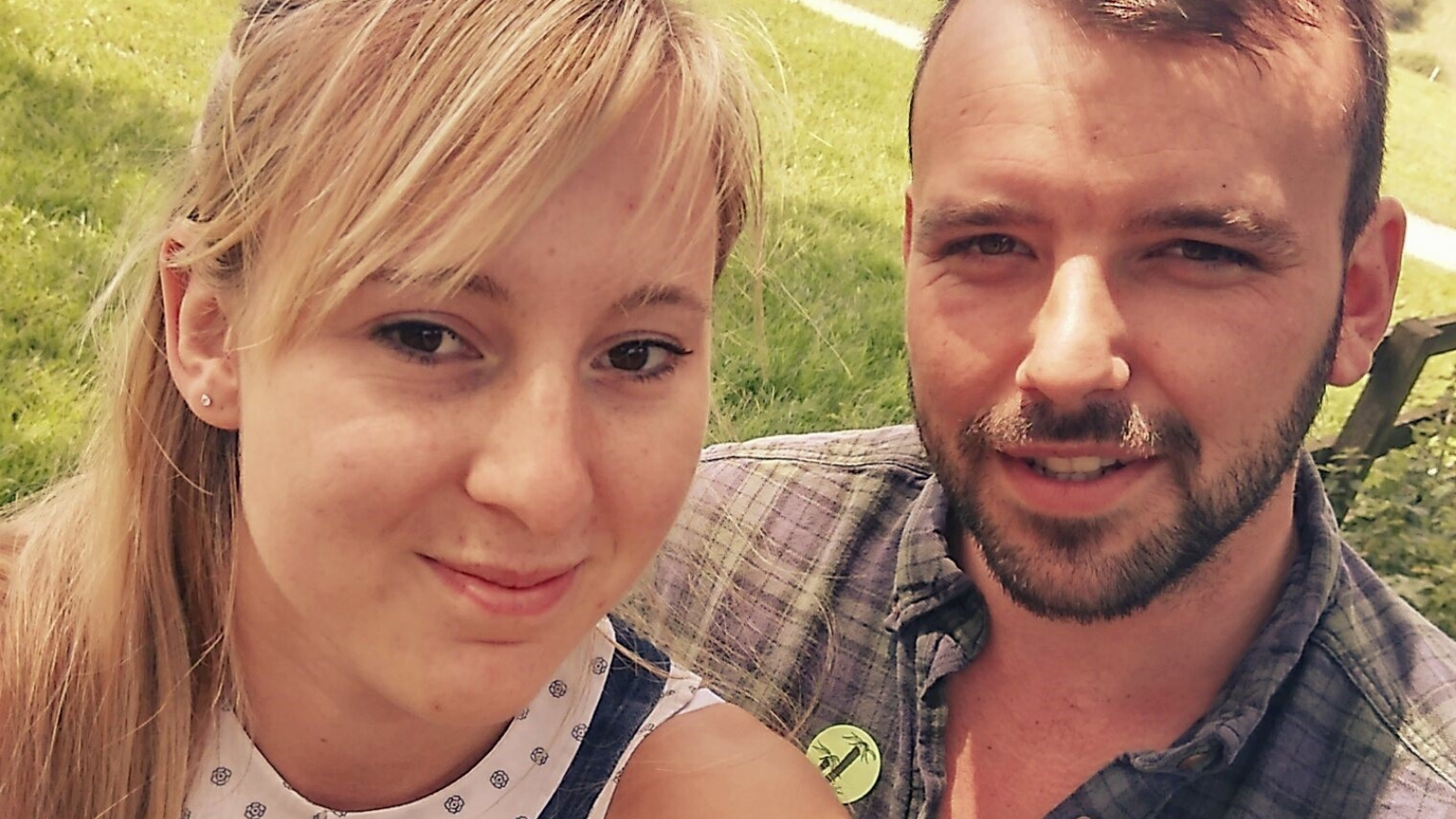 When Katie met dairy farm worker Steve whilst online dating with Muddy Matches in September 2016, she knew, then and there, she had found the farmer love she had always hoped for.

However, the course of true love rarely runs smoothly; and a mix up on the choice of pub for their first date almost saw the muddy soulmates miss out on a shot of rural romance at the first hurdle.

Katie and Steve’s chemistry was instant; a muddy connection, based upon a shared passion for horse riding, countryside pursuits and matched outlook on life.

“Muddy Matches has given me such a lovely opportunity in life to meet my partner” Katie tells us from the couple’s rural home in Tunbridge Wells, Kent.

“We bloomed straight away, and both knew from first talking we were right for each other.

“Both of us had tried other online dating sites but found they weren’t the right type of person or the right type of website for us. Muddy Matches narrowed the search down to people who have the same interests and that helped massively.

“I found it really easy to use and we both found people very soon on but then realised that it was each other we wanted to move on with.”

Katie and Steve were, at time of online dating, some 65 miles apart – a good hour’s drive away. But love knows no boundary; things progressed at pace.

“We started talking on the 5th September and had our first official date three weeks later and it was date we’d never forget.

“I was sat waiting for Steve to turn up at the pub for ages, so I messaged him and asked where he was. A few messages and a phone call later and we realised we both at different pubs.”

From that moment on, things moved quickly. Katie relocated from Canterbury to be with Steve and they have been living together for much of the four years they have been a couple. They are ‘settled’.

“I help Steve out a lot on the farm, normally mucking out or feeding the animals, so it’s on the farm that we end up spending most of our meaningful time together.”

Now, in Katie and Steve’s world, two quickly became three when the pair got Flo, a working sheep dog, within a year of being together.

“We now have a baby girl together called Sydney who is 20 months old. Having Syd has been the most amazing thing to happen to us.

“She already loves the animals and tractors on the dairy farm Steve works at more than anything already. We often find her sat with the cows.”

Fresh from another national lockdown and with Christmas on the horizon, the focus is very much on enjoying some quality family time, although the daily routine of farm life won’t be too far from the festive schedule.

“Our Christmas bubble this year will be our little family and my parents” Katie confirms. “Steve’s dad also works on the dairy farm so he may pop in to say ‘Merry Christmas’ then work for most of the day.”

And when it comes to their ambitions for 2021, it’s all about laying down more rural roots as a muddy matched family.

“We want to expand our own flock of sheep and, in the future, we would love to have our own farm, so we are saving more money to try and make that dream happen” Katie adds.

“Oh, and who knows, maybe a ring at some point?”

Who knows indeed. Here’s hoping Steve has got the hint.

I love ewe! Alice and Tom celebrate 10 years of muddy love and family life together on their sheep farm in the South West. For Somerset-born and bred...

A decade on from mutually connecting on Muddy Matches, farmer love is still in full bloom for mud lovers, Helen and Tom. How do you measure the success...

Muddy Matches couple delighted plans for a 30-strong countryside wedding party gets the green light for May One mud-loving couple, who found love in the countryside whilst online...