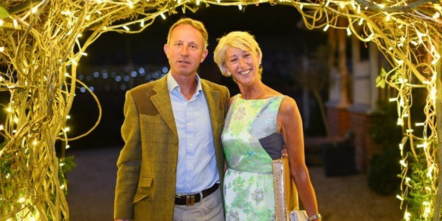 One mud-loving couple, who found love in the countryside whilst online dating on Muddy Matches two years ago, had more reason than most to raise a glass when Boris revealed the roadmap back to a life more closely resembling normality.

Their patience and perseverance to press on with their wedding planning has not been in vain.

“I am thrilled to say that, after Boris’ roadmap being revealed, that our muddy wedding will go ahead as planned on May 27th” says Jemma, a soon-to-be estate head groundsman’s significant other in Devon.

“All we have to do now is wait and see which of the four honeymoons we have booked we can actually go on according to the travel rules for home or abroad. It depends on whether we are allowed to cross borders or have to quarantine.”

It has been an anxious wait for Jemma and Mark, who got engaged after bubbling up to live together for the first time in lockdown 1. ‘Save the date’ cards were sent to 30 guests back in November with everything crossed that their big day could go ahead but that hope was somewhat diminished with fluctuating rules ever since.

“We are still loving country life together and we’ve done masses of planning our future; buying a house, getting dogs and our wedding. Lockdown has been great in giving us yet more time to plan, but if nothing had changed or numbers had gone down to 6 again, we will still have gone ahead”, Jemma adds.

The pair will marry at the impressive Belvedere Tower in the grounds of Powderham Castle in Exeter; and it’s a first ever marriage at the historic tower; something that has caught the imagination worldwide.

“The wedding will be televised on Smithsonian TV: Julie Montagu (an American Aristocrat married to Viscount Hinchingbrooke, son to the Earl of Sandwich) presents TV series on Great British estates and the new series is on Romantic British castles and estates. The producer couldn’t believe his luck that our wedding is the week they are there filming, so the film crew (under strict instructions to make no noise) will film the ceremony and interview us during the week beforehand.”

And the day is sure to have its genuinely muddy touches with Jemma ensuring all guests get to the Tower via tractor towing a trailer bestowed in floral garlands no less. Flowers, for buttonholes and to dress the venues, are from a local flower grower and will be foraged and not at all manicured’.

The muddiness will ramp up at the reception which is to be held at the Folly at the Pig Hotel in Coombe where groom-to-be Mark is head groundman.

“It is all very muddy at the moment” Jemma tells us. “We just wake up every day incredibly excited to have found each other. We still get on extremely well despite having been in each other’s pockets since March last year when lockdown became living together after only seeing each other at weekends.

I love ewe! Alice and Tom celebrate 10 years of muddy love and family life together on their sheep farm in the South West. For Somerset-born and bred...

A decade on from mutually connecting on Muddy Matches, farmer love is still in full bloom for mud lovers, Helen and Tom. How do you measure the success...

Muddy Matches couple delighted plans for a 30-strong countryside wedding party gets the green light for May One mud-loving couple, who found love in the countryside whilst online...