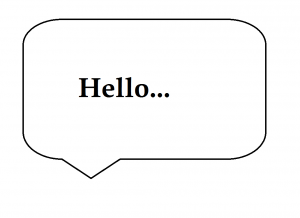 Sending and receiving messages is the bread and butter of dating sites, which allows you to go from just browsing, to meeting up with lots of lovely people.

Not making the first move

The single biggest mistake you can make is to sit and wait for other people to send you a message. If you like someone, then you should send them a message, especially if they have added you to their ‘favourites list’.

There are some dating advice books that advocate the use of insults when talking to someone whom you find attractive, but in the world of online dating it will only get you blocked by them. So avoid saying “I don’t normally fancy fat people”, or any of the rude comments that famous pick up artists have recommended.

On the contrary, being too complimentary can make you sound like a scammer and some people find it rather uncomfortable to be called the “most gorgeous person in the world”. Try somewhere in between like “I thought you had a nice smile”, or “you look like a friendly person”. Both of these are flattering, but aren’t taking things too far.

Sending the same message to everyone

Online dating isn’t simply a numbers game, so you shouldn’t send the same message to hundreds of people. Try to personalise your message by mentioning something that you have in common, or talking about something that caught your eye when you looked at their profile text and profile photos.

Writing a lot does show that you have made an effort, but it can be overwhelming for the recipient, especially if you have asked lots of questions. Try to keep you first message to a few sentences and allow the conversation to build up as you get to know one another. After all, it is good to keep some things a mystery for your first date. Playing the field or a timely emotional sense check ? Single females are dating more since lockdown to gauge their true feelings.