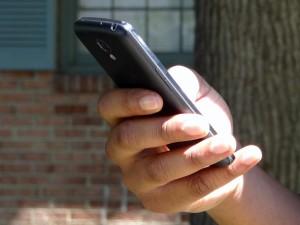 You’ve been in frequent contact with the object of your affection, but all of a sudden the conversation just stops and you don’t know what’s gone wrong.

What’s happened and what should you do?

They can’t keep it up – Being in touch with someone during every waking hour of the day is really time consuming. If you don’t hear from them within a few hours it doesn’t mean that they’ve given up on you, it just  means that they’ve cut back on contacting you. If it’s been over a week, then it’s time to worry.

The ex is back on the scene – Sometimes people sign up to dating websites as soon as they break up with their ex, without waiting for the wounds to heal. In some cases this can mean that after a days of enthusiastic texting, all communication will stop as they give it another try with their ex.

You’ve mentioned a deal breaker – Sometimes, through no fault of your own, you may have mentioned something that will cause them to change their mind about you.

They’ve suffered a life changing experience that means they can no longer contact you – This is the least likely, but there’s the slightest chance that they’ve been affected by amnesia, or have been forced to emigrate without warning.

What should I do?

Be patient – After hearing from someone on the hour, every hour, it feels strange when you suddenly don’t hear from them. However, instead of texting insistently, you should wait until you hear from them again.

Never send an angry message – Sending an aggresive message asking why they have stopped contacting you won’t convince them to get back in touch with you, it will just make you look scary. If you haven’t heard from them for a few days, send a message saying ‘how are you?’, which shows that you are thinking about them without being too pushy.