Loneliness in the Countryside 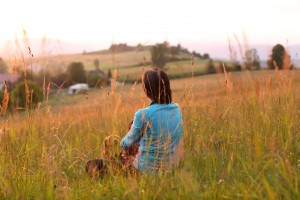 The image of a lonely farmer, who is isolated from the outside world on a remote farm may be what you think of when you think of loneliness in the countryside, but loneliness is wider spread than that.

In fact, according to an Office of National Statistics report, British people are among the loneliest in Europe, with fewer strong connections than our European neighbours.

So what can you do if you feel lonely?..

Remember that friend who you kept meaning to get in touch with, but you kept putting it off and it became months and then years without seeing each other? Well, that friend probably still thinks about you and occasionally thinks that they should make the first move, but worries that it’s been too long.

You may feel silly, but making the first move might rekindle a friendship and it’s good practice for getting in touch with someone on a dating website, after all fortune favours the brave.

Muddy Matches is known as a dating website, but you can also make friends using the website. Check for people in your area who have selected ‘friendship’ within their options and get in touch with anyone who seems interesting.

If you have free time, volunteering is a great way to meet new people and to learn a new skill. Head to Do-it.org to search for volunteering opportunities.

There are clubs for pretty much anything that you can think of, from traditional groups like the WI or YFC, through to pudding clubs and sports clubs. If you already have a hobby like walking, or reading, you could find a group where you can make your solo activity into a group activity.