Top 5 Dating Lies and How to Spot Them 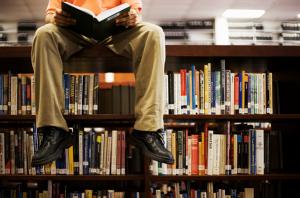 Lies on dating sites aren’t as common as you may have been led to believe, however it’s important to be able to spot lies, and to avoid lying on your own online dating profile.

Look out for slightly ‘retro’ photographs. Most people don’t pose in front of a newspaper dated 1992, but clothing and hairstyle may highlight the fact that someone has used an old photograph.

This is going to sound like something from Antiques Roadshow, but it’s all about perspective. Look at how tall someone is compared to their background. For example, a standard UK doorframe is 6 foot 6 inches, so you can get an idea about someone’s height if they are standing in a doorway.

When it comes to physique, people make themselves appear bigger or smaller in their descriptions. There are people who are very slim who describe themselves as having ‘a few extra pounds’, while there are people who claim to be a lot slimmer than they actually are. On Muddy Matches we don’t ask people to say how much they weigh, but you can understand why people don’t like listing their exact weight on dating sites that do ask for them to list it.

Again, this is a situation where photos can help you to see if someone is lying.

On a countryside dating website, you may assume that most Muddy Matches members are either farmers or are looking to meet people who work in the agricultural industry. So people are less likely to lie about working in finance or as a dancer than they are on generic dating websites. However, people may still lie about their job to make it sound more interesting or better paid.

Ask them about their work. It’s perfectly normal to talk to someone about their job without it sounding too probing.

There’s something a bit dull about saying that you like to get home from work, put on PJs and get stuck into a Jilly Cooper novel, or that you watch Come Dine with Me without concern for whether you’ve seen it before. That’s why people are more likely to say that they are working their way through classic Russian literature, before heading out to the ballet or a Taekwondo class.

Not everyone who says that they’ve read War and Peace is lying, but if you think that someone couldn’t possible fit everything in, you could always say “You must be very busy with…” and see what they say.