Photos You Should NEVER Add to Your Profile 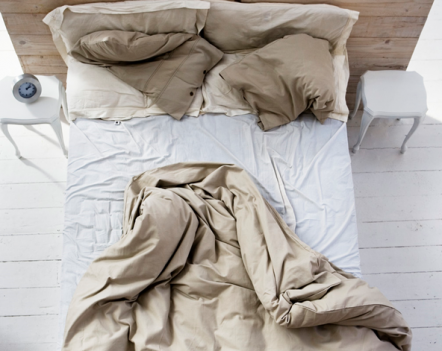 I’ve added this one first as it is surprisingly common for people to send in photos taken in public toilets and in their own bathroom. Worse still, we often receive photos of people actually sat on the toilet (clothed).

It’s just not a nice place to take photos and you really don’t want people to be picturing you on the toilet.

Selfies (taking photos of yourself at arm’s length) should be reserved for pop stars using Instagram. Selfies make you look like you don’t know anyone who can take a photo of you.

Another problem is that when people take a picture of their reflection in the mirror, their image can be obscured by their mobile phone or camera.

People don’t want to see your chest, bum or bits before they’ve even seen you face-to-face.

Photos of people in bed are just strange. Like showing too much flesh, it’s too intimate and too sexual to be used on a dating profile.

Thankfully it’s not incredibly common, but some members do upload photos of themselves swearing at the camera. OK, so you’re probably just joking around with your friend, but it doesn’t give off a very good first impression.

If you’re cuddled up to someone who looks like they could be your other half it can put people off and make them feel threatened if you look particularly close to them or if they’re very attractive. It’s impossible to tell from the photo if your companion is an ex, a close friend or a sibling, so it’s not worth running the risk unless you explain it in your profile.

What are your pet hates when it comes to photos? Let us know on the Facebook page.