Dating in the Farming Community 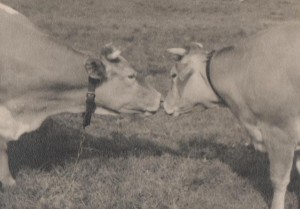 Muddy Matches was a special guest in @AgriChatUK’s Twitter discussion on ‘Love and Relationships in Farming’ alongside GatePost and Ned Henderson, and thought we’d share with you some of the responses with you:

Being Gay in a Farming Community

When AgriChatUK asked if being gay is still a taboo in the farming community there was a big reaction, which suggested that although there are still some people who are not accepting of gay people, most openly welcome gay people into their community.

Fellow special guest @GatepostTweet said that the “taboo is still around, but I know at least one person who was pleasantly surprised at positive reaction when he came out.”

Agreeing with the Scottish agricultural charity @GatepostTweet’s comment, @MertinLloyd, @lounfu and @neilquinlan also shared examples of gay couples who had been accepted within their local farming community. Farmer @NeilQuinlan even went as far to say that one gay man who he knows “does better with guys than I ever did with the ladies”.

Is it More Difficult for Women Farmers to Find Love?

Although not on the (extensive) question list, conversation soon turned to what it’s like to be a female farmer looking for love.

Approximately 20% of farmers are women (and we have hundreds of female farmers on Muddy Matches), yet when most people think of a farmer they automatically think of a man. In fact, during the chat some of the women involved said how contractors ask to speak to their brother or father when they arrive on the farm.

Farm Apprentice finalist @SamPitchley tweeted: “The dating game is hard for a girl that wants to farm, in a city where boys just assume you want a man with the job.”

Dairy farmer @funnyfarmloulou agreed that dating is trickier for female farmers than it is for male farmers as “non-farming women take a partner’s job for what it is, it’s a lot harder for non-farming men to understand what’s involved”. She argued that the “job makes dating a nightmare”.

Fellow dairy farmer @LowerDairyFarm said that men can be put off by a female farmer’s “scary strength”, that’s if they don’t assume that all the hard work is done by the male members of her family.

However @JoeFrecknall, was advised by his old college lecturer that if a woman “can carry two conventional bales across the yard she’s a keeper”. In fact, maybe we should add how many hay bales you can carry as a question on the ‘How Muddy are You?’ Quiz.

We’d love to hear what you think. Do you think that being gay in a farming community makes it harder to find a date, or that female farmers face extra pressures when it comes to dating? Join the discussion on Twitter using the hashtag #MMfarmerdating or on Facebook.

AgriChatUK can be found on www.agrichatuk.org.
To contact special guest RSABI GatePost go to http://www.rsabi.org.uk or phone 0300 111 4166.
Additionally, guest tweeter and Integrative psychotherapist, Ned Henderson can be contacted through http://www.body-psychotherapy.org.uk/supervisor/ned-henderson-42.html.

A summary of the questions and answers can be found here, courtesy of RuSource.